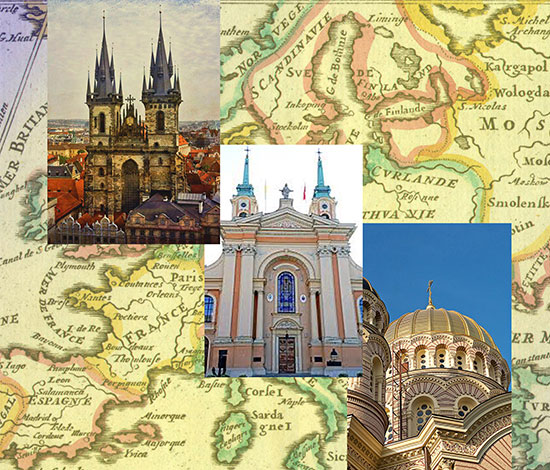 As Italian Baroque music influenced all countries strongly in the 17th and 18th centuries, national styles then developed, and started to influence each other. This program explores repertoire of some of the countries in Eastern Europe and the influence composers there had on composers of other regions such as Germany. The festive Baroque choral works by Szarzyński, Gorczycki, Telemann, Meder and Černohorský feature strings and Baroque trumpets in the orchestra. They will be contrasted with contemporary works by Ešenvalds (Latvia), Lukaszewski (Poland), and Lukáš (Czech Republic). Works include Szarzyński’s “Completorium”, Gorczycki’s “Laetatus sum”, Meder’s “Jubilate Deo omnis terra”, Ešenvalds’s “Stars” (accompanied with seldom-heard tuned musical glasses), and Lukáš’s “Pater noster” op. 263 among others.