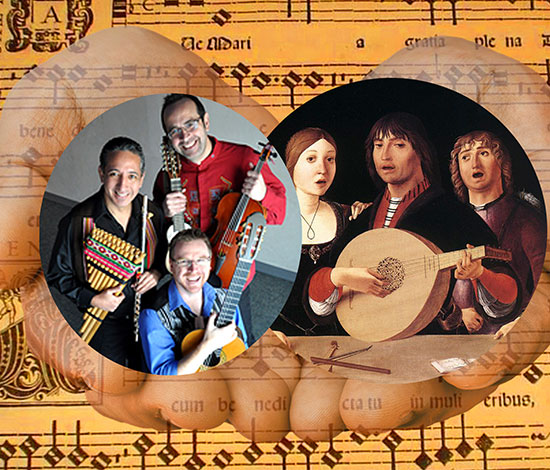 Crescendo’s Thanksgivings for Life and Love

The concepts of Thanksgiving, The Dove, The Dew, Mary, Weeping and Remembrance are portrayed in Hispanic works of two different eras and styles. Featured are motets for four to six voices by Tomas Luis de Victoria, Francisco Guerrero and Antonio Lobo–some of the most remarkable composers of 16th century Spanish polyphony. Works include Victoria’s Te Deum, Guerrero’s Maria Magdalena, and Lobos’s Versa est in luctum, among others. In contrast, choral and instrumental arrangements of Latin American folk melodies of the 20th and 21st centuries by Carlos Guastavino (Argentina), Violeta Parra and Victor Jara (Chile), and others are celebrated as Canto Nuevo (The New Song). Some of the most famous themes are Parra’s “Gracias a la vida”, and Guastavino’s “Se equivocó la paloma”. The poetry of these newer works includes texts by Nobel Prize winner Gabriela Mistral, and one of the greatest literary figures of the Silver Age of Spanish literature, Rafael Alberti.