For everyone's safety we recommend patrons continue to wear masks while attending events.

NEW DATE! A Concert of Bach and Beethoven 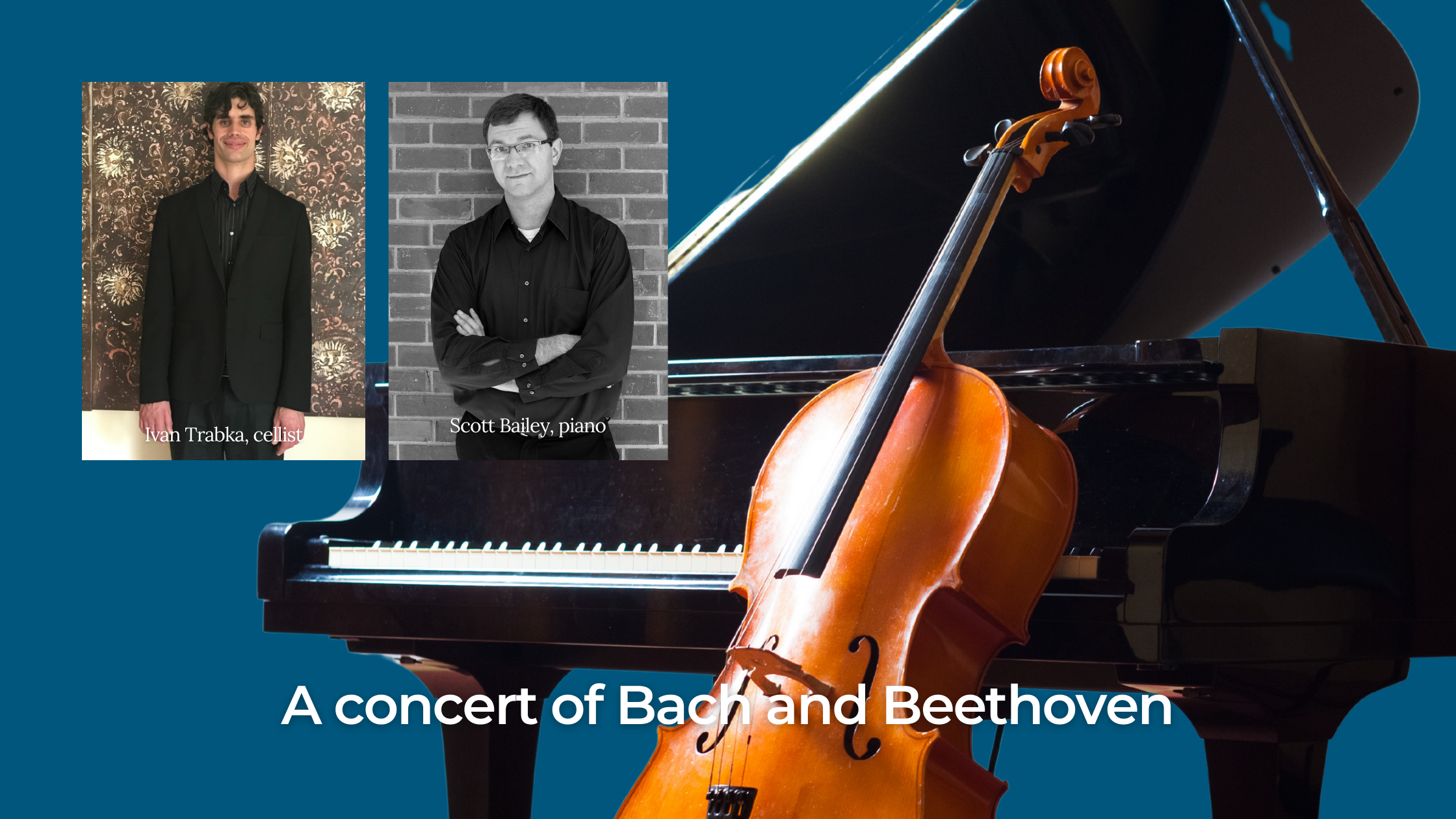 A concert of Bach and Beethoven!

Want some beautiful chamber music in the Berkshires? Ivan Trabka, cellist & Scott Bailey, piano, will perform a concert of Bach and Beethoven at Saint James Place on Sunday, September 12 at 2:00pm. This event is free – donations are requested.

Featured pieces: Bach Suite No.2 in D minor and Beethoven Sonata for Cello and Piano Op.69 No.3 in A major. 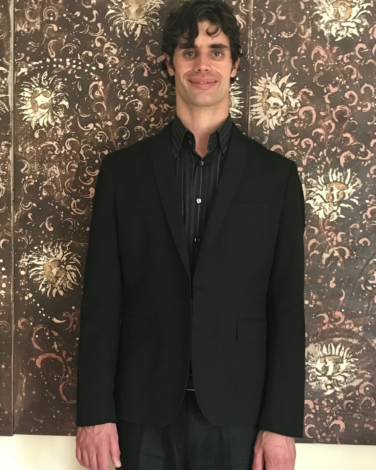 Ivan Trabka started his career as a cellist in 1996 at the age of eight. He studied cello performance at UMass Amherst, under the instruction of Astrid Schween, the current cellist for the Juilliard Quartet. He has also participated in several masterclasses with Raif Dantas, Mihai Tetel, Bernhard Greenhouse, and Martha Gershefsky.

Ivan attended the Boston University Tanglewood institute orchestra and chamber music workshop in 2006, and in 2012 he participated in the Castleman Quartet Program at SUNY Fredonia, under the direction of Charlie Castleman, of Eastman School of Music.

Ivan has performed with the Cape Ann Symphony in 2016 and 2017, under conductor Yoichi Udagawa. He has alsoperformed at the Mahaiwe Theatre, the Colonial Theater, Symphony Hall in Boston, and the Longy School of Music.

At age 20 he was the featured soloist with the Stockbridge Sinfonia, when he performed the Lalo concerto at the First Methodist Church in Pittsfield.

In 2020 he served as the teacher of the strings program in the Berkshire Hills school system, which encompassed leading all string groups from grades 2-12 at Muddy Brook Elementary, W.E.B du Bois middle school, and Monument Mountain high school from 2/3/20- 3/14/20. He refers to it as the most profound honor and the greatest challenge of his professional life.

Ivan currently teaches privately and coaches his students in Cello Choir. To participate in these programs, he can be reached at ivantrabkacelllist@yahoo.com or by phone at (413)717-0739.

Scott Bailey is the Collaborative Pianist at Westfield State University. He has served as accompanist and instructor of piano at the University of Massachusetts Amherst and Massachusetts College of Liberal Arts. He served as Director of Choral Activities at Bay Path College and was the choir director for the Bay Path College Festival Choir trips to Prague, Munich, and Salzburg.

Scott is the music director at the Episcopal Church of the Atonement in Westfield, MA.  He directs the adult choir, the handbell choir, and oversees the Choral Scholars program which hires Westfield State University students to sing in weekly services and events.

Scott has been certified as a Colleague of the American Guild of Organists, has served as Dean of the Berkshire Chapter AGO, and served on the board of directors for the Springfield Chapter AGO. He has presented organ concerts throughout western Massachusetts and has participated in a variety of outreach programs involving the pipe organ.

Scott accompanies the Hampshire Choral Society in Northampton, MA, and has performed with the Berkshire Concert Choir, Novi Cantori, the Cantilena Chamber Choir, PanOpera, and the Stockbridge Festival Choir.  He is a freelance pianist, organist, and music director throughout western Massachusetts.

Scott has been featured on the Albany Records recordings Connections and Intersections with saxophonist Lynn Klock. As a composer his choral music has been published by Morningstar Music with a forthcoming choral anthem being published by Paraclete Press.